The Fond du Lac Campground has been family owned and operated by the Vine family since 1961.

John Jacob Astor, the worlds first millionaire, established a fur post at Fond du Lac in 1809.  Fur posts didn't just open up in the middle of nowhere. There was plenty of history here way before John Jacob hit the scene. The historical data on this land dates back to the early1600s.

The Montuak paddle boat, pictured below, would park here at the pier and passengers would disembark for an afternoon of fun to picnic and enjoy the fairground. Have you noticed some building foundations on a few of the campsites? 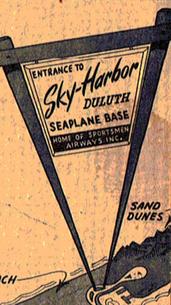 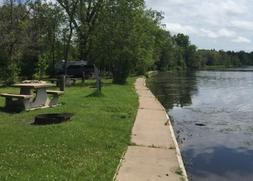 2021 © Fond du Lac Campground. All rights reserved. Family owned and operated by the Vine family since 1961. 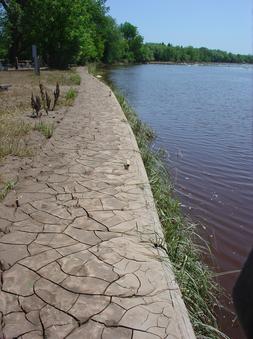 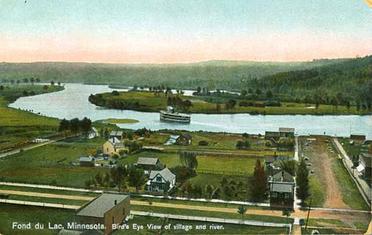 The Flood of 2012 was fierce, but the serene waters of the St. Louis River soon returned. Yes, this is the same river view below to match the image above. 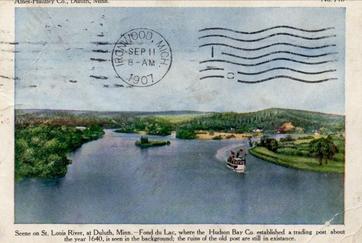 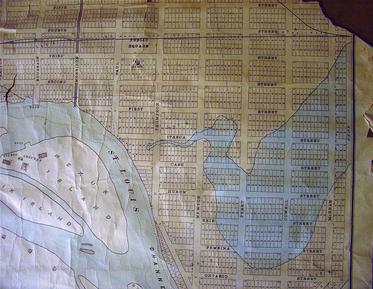 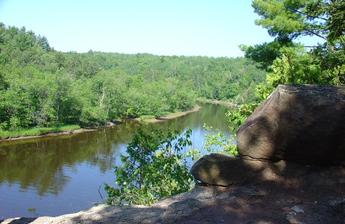 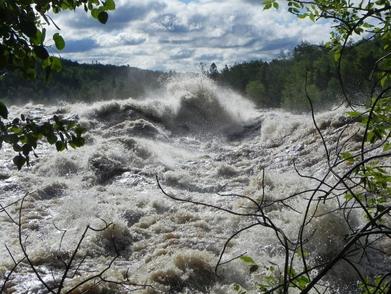 Fond du Lac Campground has been family owned and operated by the Vine family since 1961.

For exclusive fishing experiences, seaplanes flew fishermen in from the harbor in Duluth.

We would love to hear of your family histories which you may have experienced during the times when there was a dance hall and roller rink here at the campground. Or when Ray and Gertrude Vine had the garage and restaurant at the top of the hill.

Christine Carlson has done extensive research on this area and continues to publish articles packed with fascinating stories in the local newspaper: The Nah gah chi wa nong Di bah ji mowin nan. So Have a seat around your campfire tonight and read a few snippets from the rich history collected about this plot of land.

“When you drive through the center of the old village of Fond du Lac on Veterans Evergreen Memorial Drive, also known as Highway 23, you are actually driving over three ancient cemeteries The railroad and then construction of Highway 23 each further desecrated the graves.The burial grounds are located in one large area: one section loosely designated for Christian Indians, one for non-Christians Indians, and one for non-Indians which included fur traders. In the 1600s and even earlier Fond du Lac was a Dakota village until the Ojibwe drove the Dakota away from northern Minnesota. The village then became a great gathering place...”

Time covered: the 1800s
“The 1800s Roussain family: a love triangle, and “angels” in the surrounding wilds”
By Christine Carlson

... “Frank and Zoe spent most of their lives in Fond du Lac. They lived right along the St. Louis River near the John Jacob Astor monument. [Located at Duluth’s Historical Park on the St. Louis River] Earlier in their marriage, they lived near Jay Cooke Park where the old Indian Cemetery is located. Previously that area was called the Roussain Farm. They had a small orchard and grew potatoes, turnips and put up hay. They also cut wood for themselves and sold it to others...”

“The story of Edmund Ely at the old Fond du Lac Village in the Western end of Duluth is the story of a continuous historical transition for Indians and non-Indians alike. Ely’s diary entries show how the Ojibwe people went from their hunting/gathering ways to becoming indebted to non-Indian missionaries and traders for items like guns, food, cloth and ammunition. Many historical accounts paint Ely as a victim. I’ve read his diary three times, and have a different perspective...”

For further exploration on articles unique to this land area, read Christine Carlson’s articles in the following editions:

Christine Carlson has published “Wa ye kwaa gichi gaming” which means "end of great body of water" This book is about the old village of Fond du Lac, and is available to purchase at the campground if you ask one of our staff.